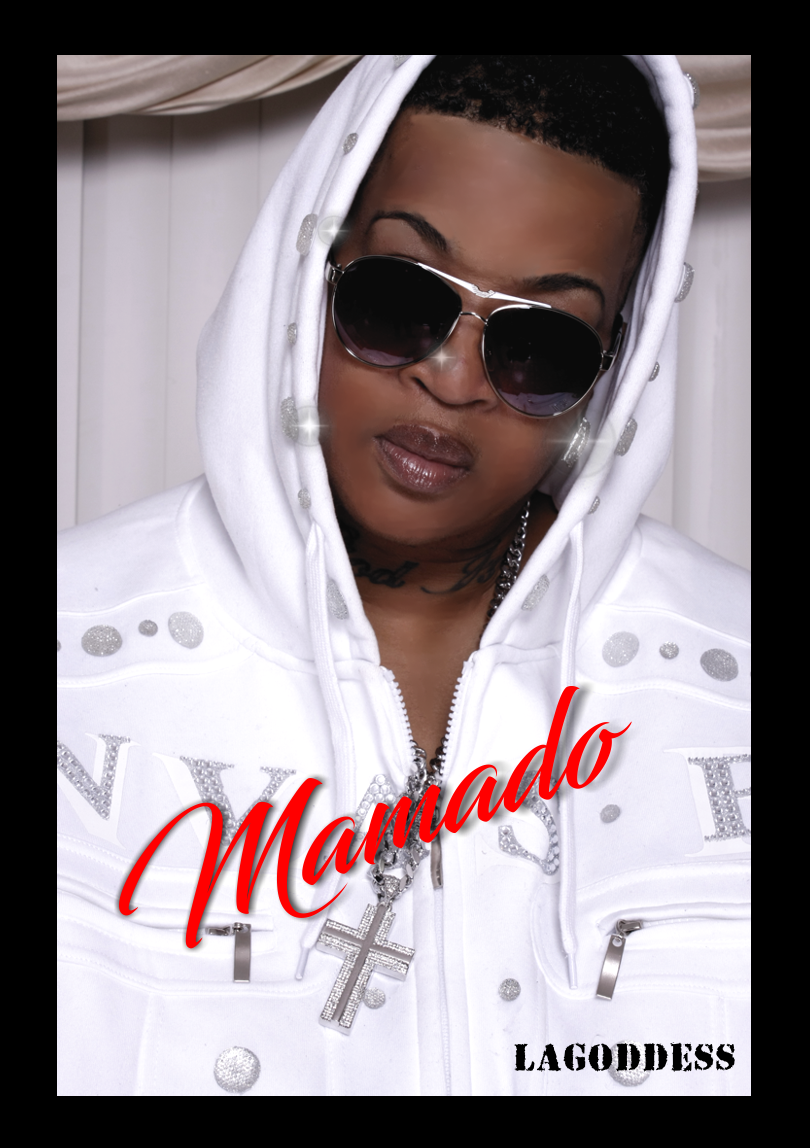 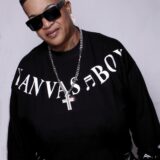 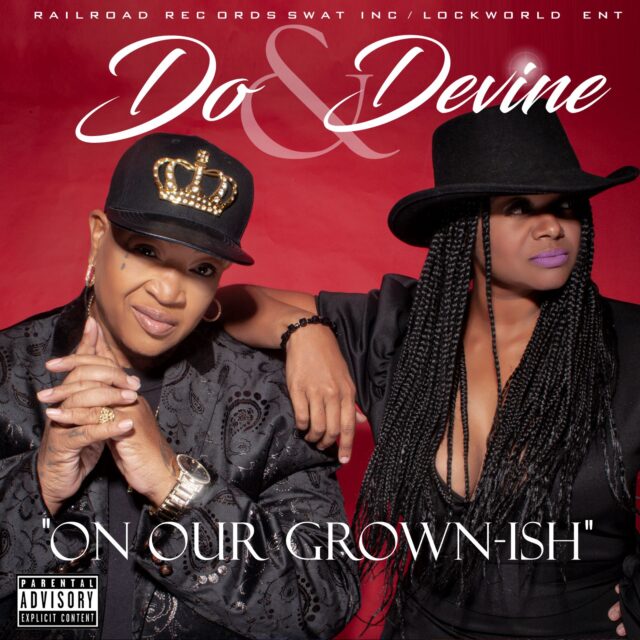 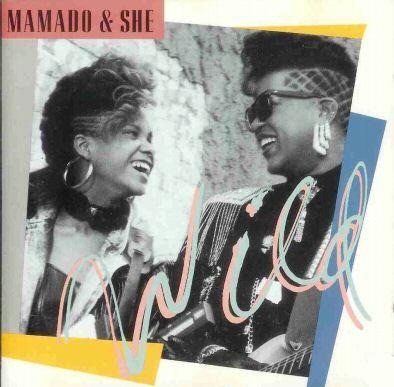 MAMADO is a multi-talented female in various aspects of the entertainment field.  She is an accomplished Guitarist, Drummer, and Keyboardist who is well versed in several genres of music, including, R&B, Jazz, Gospel, Hip-Hop, Rock, as well as Country.  She is not only a Producer, Writer, Arranger and Engineer of Music, but also a Writer, Producer, Director, Cinematographer and Editor of Film and Video, who also does Theatrical Makeup & Film Effects. To add to her versatility, she is also a Photographer, Digital Graphic Designer, Commercial Artist (paint, sketch, and draw), Clothing Designer, Seamstress, Tailor, Jewerly Desogner, as well as a Tattoo Artist. Although her first love is music, she looks forward to showing the world the versatility of one powerful woman!

In the late 80’s MAMADO was once a major label artist with CBS, one of the largest record companies in the world.  She was recognized by her success as an artist on a local independent label with a hit song, “I’m Your Wild Thing” (in response to the artist Tone Loc’s successful hit single “Wild Thing”), that sold over 30,000 units within three weeks, topping the billboard charts at #5, After signing with CBS she was known all over the world as the female version of the artist “Prince” , because of her ability to Write, Orchestrate, Produce, Engineer, as well as play all instruments for her very own projects. Her past history has included working with the first Hip Hop VDJ, FAB FIVE FREDDIE (OF MTV), who produced a music video with her on a remake of the world renown artist “SLY STONE”.

MAMADO is currently owner and operator of RAILROAD RECORDS SWAT INC/ DE’RAW PRODUCTIONS an Independent Label, where she is producing several very talented artists of different genres of music, while at the same time currently releasing independent films, written, directed and produced by her. Currently she has released her first movie to the streets entitled, “BAD INFLUENCES”.  She is continuing her Photography, Commercial Artwork, Digital Graphic Art while also pursuing a pilot to a television talk show, her second movie of 12 she’s written and her clothing line. She will soon be releasing a tell-all book on her life entitled, “THE ARMAMENT”.

With several other brilliant and outstanding ideas, MAMADO has plans on furthering a future into awareness programs by offering workshops to children and teens. She has come to the realization with serious studies that, in a young adult society of today they are overwhelmed and very attentive to the world of entertainment.  What better way to slowly but surely capture their attention away from so much hatred and crimes, by offering several different exciting workshops such as: Music Production & Recording, Film & Video, Photography, Digital Graphics, Commercial Arts, Clothing Designing and even Tattooing.  MAMADO is a professional in all fields and has a strong belief that she can make a huge difference in our world of troubled teens!

Experiencing tough times, MAMADO has a testimony and a reason behind wanting to work with teens.  While incarcerated she became the first female in the world and in history to ever write and produce an album inside the prison!  Being trusted by Wardens, Sergeants and Chiefs, they gave her permission to audition multiple talented inmates for an idea she pitch to them of creating an album inside the prison!  After several females were chosen by MAMADO, the prison decided to make an outside announcement of this project and their were swarms of businesses and outside people donating musical equipment and instruments to the prison.  Once hiring a volunteer music teacher to over see the project, MAMADO finished a phenomenal 17 song project of every genre of music from R&B, to Soul, Hip Hop, Country, Jazz, Rock and Gospel!  She also painted one of the largest murals in the U.S. along with 9 other musral in the prison and 72 canvas paintings while there!

If successful she has plans of traveling the world with major concerts, conventions, workshops, film, visiting kids with terminal illnesses and music of all kinds! When given the opportunity to showcase any or all of her talents, this very versatile female artist will surely become a dynamic force in the world of Arts & Entertainment industry because….MAMADO-IT-ALL! 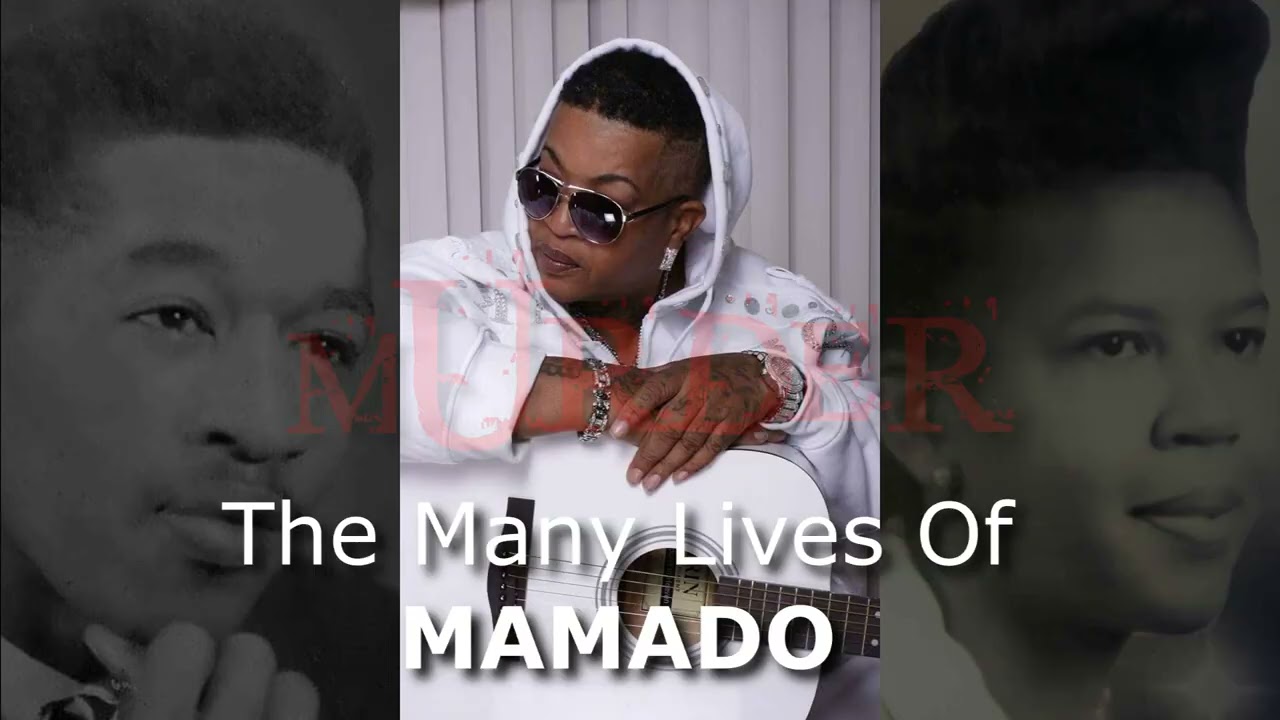 A compelling story of the life and times of WILLETTA R. SMITH aka MAMADO. This is a story of a very well known lesbian woman to the streets and the LGBT Community that is a legend in her own time. Bless with many gifts and talents such as: Music Writer, Producer, Instrumentalist, Engineer, Movie Writer, Director, Producer, Cinematographer, Editor, Sound Tech, Theatrical Makeup Artist, Photographer, Graphic Artist, Commercial Artist, Clothing Designer, Disc Jockey and Tattoo Artist, just to name a few of the many! Her story is based on her life from being brought up in a well taken care of home with both parents. MAMADO became very successful in the music business, signing as an exclusive female artist to one of the largest companies in the world, CBS! She was know worldwide as a FEMALE PRINCE The Artist! She then began touring with major Artists, Interviews in major magazines, tabloids, news articles and guest appearances on well known broadcast shows. She also had a major video to air on VH1, MTV and BET produced by the successful VDJ of MTV, FAB FIVE FREDDIE! Suddenly in the midst of it all, came her down fall of partying, drugs, alcolhol, and women by soon opening up her very own Adult Entertainment Club. She began spiraling downhill from being arrested multiple times, gun carrying, shooting a robber, witnessing several murders, drug dealing, into Counterfeit which led her to facing prison time! MAMADO says she has written this book very strategical and precise where her readers can perfectly visualize and feel every moment of her life! THE ARMAMENT ~MAMADO~ 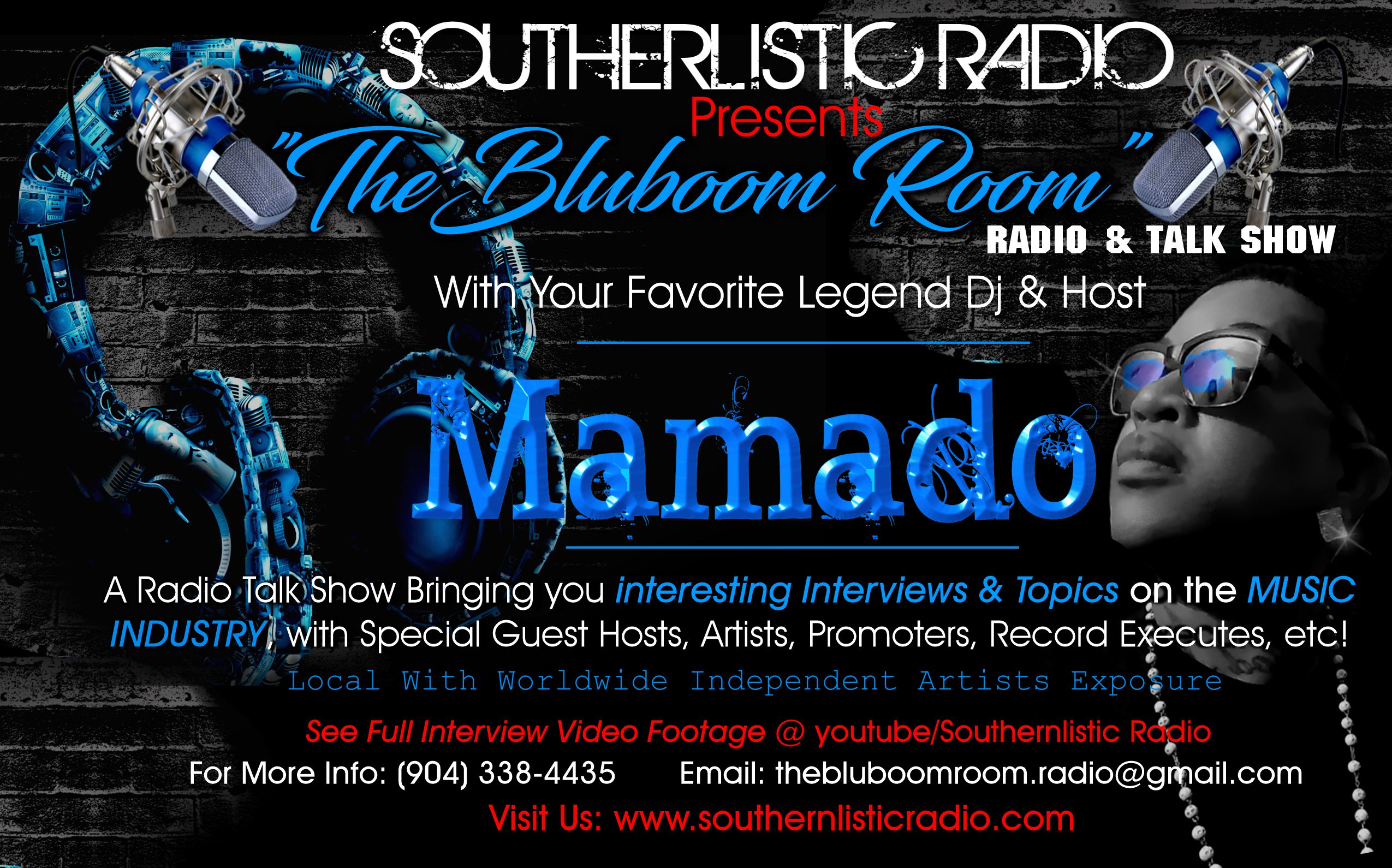 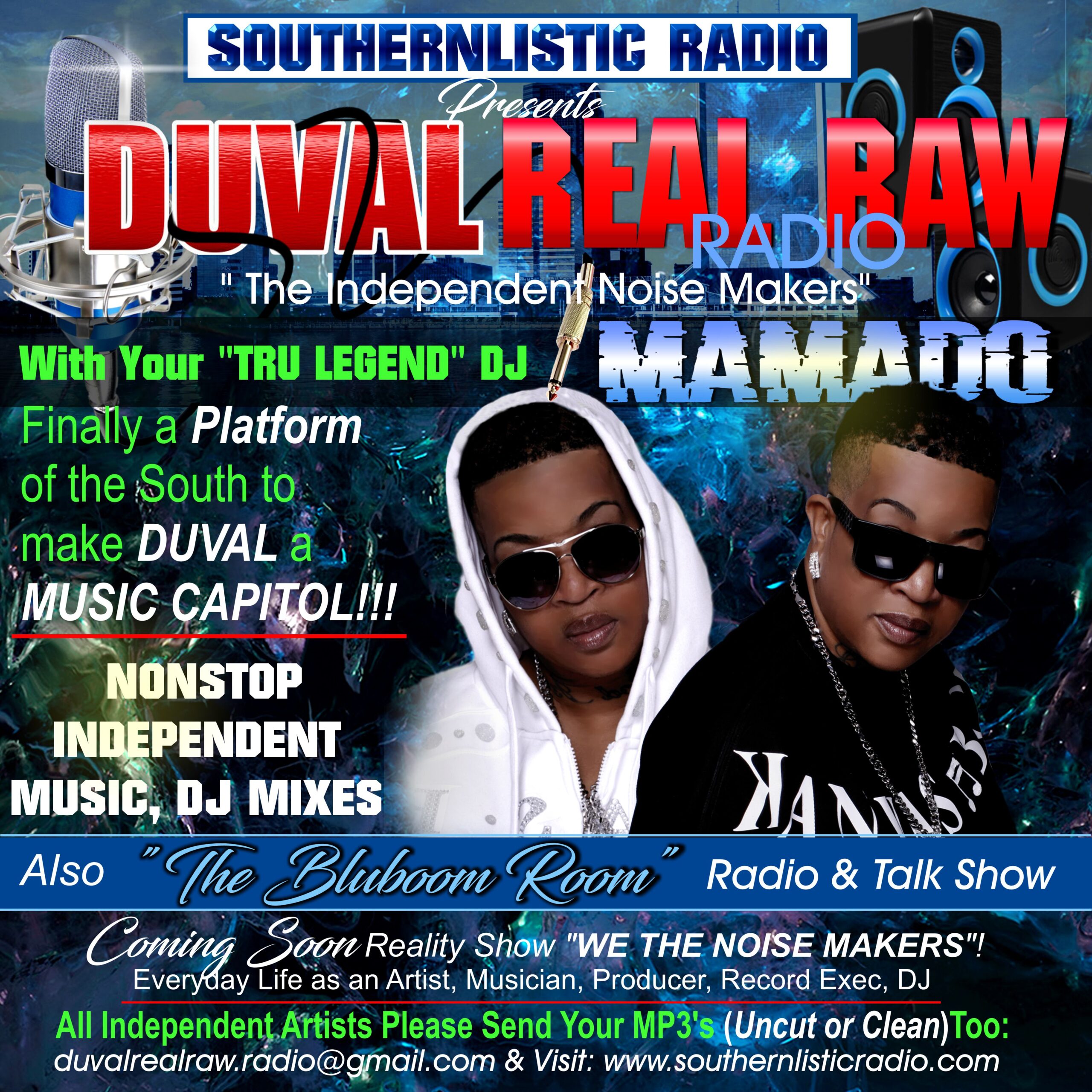